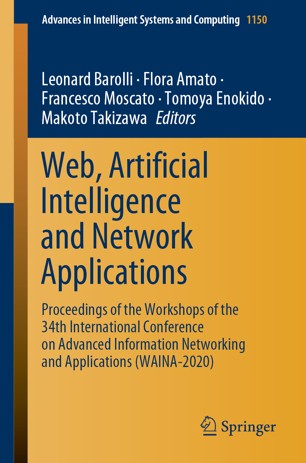 Agnieszka Landowska, Ben Robins: „Robot Eye Perspective in Perceiving Facial Expressions in Interaction with Children with Autism”, In proceedings of Workshops of the International Conference on Advanced Information Networking and Applications, Springer, pp. 1287-1297, 2020
Abstract
The paper concerns automatic facial expression analysis applied in a study of natural “in the wild” interaction between children with autism and a social robot. The paper reports a study that analyzed the recordings captured via a camera located in the eye of a robot. Children with autism exhibit a diverse level of deficits, including ones in social interaction and emotional expression. The aim of the study was to explore the possibility of applying automatic emotion recognition in analyzing human-robot interaction. The study revealed some challenges, that might be classified as activity-based, child condition-based and setup-based ones. Despite those, the facial expressions in children with autism were on average more positive than in a control group of typically developing children. Children with autism seemed to enjoy the interaction with the robot more. The paper might be interesting for researchers and practitioners who plan to combine social robots and emotion recognition in children with autism.